Bikemap is the leading freemium app for creating, finding and sharing leisurely bicycle routes, as well as for navigating from A to B. The Viennese start-up was founded in 2014 by passionate cyclists to develop largest user-generated bike route collection in the world to date.

Bikemap, whose app usage tripled in the year 2020, benefits from the boom in the cycling industry during the Corona crisis. Germany is the largest market in Europe for the company, with over one million shared bike routes. As this positive trend will continue in 2021, Bikemap has now raised capital again. With the investment in Bikemap, Ponooc supports the company’s goal of improving cycling through technology – developed by cyclists for cyclists. Bikemap will use the fresh capital for product development and scaling of the team.

Bikemap’s global community has grown to more than five million users who have planned, ridden and shared over seven million routes in over 100 countries. The app, which is available for iOS and Android, offers map and navigation software for different types of bikes and levels of ambition, as well as numerous additional functions. These include personalized route recommendations and the indication of locations of e.g. bicycle repair shops or parking spaces. In the premium version, further exclusive features are available. In addition to the app, Bikemap is also available in a web version.

Matthias Natmessnig, CEO of Bikemap, comments:
“With Bikemap, cyclists around the world can find the most suitable route for their tour. Unlike more generally designed apps like Google Maps, our routes are specifically tailored to the needs of different types of cyclists. At the same time, all Bikemapers benefit from our strong community of over five million users who share new routes, recommendations – such as workshops or rest stops – or obstacles for more safety on a daily basis. In the long term, we want to use this mix to make cycling better and safer. With Ponooc, we have a partner at our side who not only understands this approach, but is also joining us on the path to a more sustainable future at the same time.”

Max van Zoest, Investment Manager at Ponooc, adds about the funding : “The bicycle market has exploded and deserves specialized routing. Ponooc believes that Matthias, Tobias, Benedikt and their teams have the best vision in this space. Bikemap has the ability to offer safe, tailor-made routes to any cycling modality, while continuously improving its algorithms through human feedback. These capabilities, combined with a fast-growing Bikemap community that has shared over 7,5M leisurely routes, will encourage users worldwide to choose a bicycle for their next ride.”

Ponooc is very excited to empower the Bikemap team in realizing an ever larger biking community. 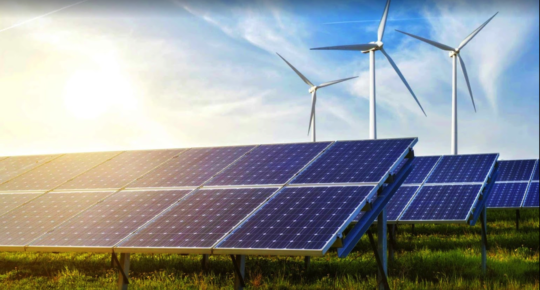 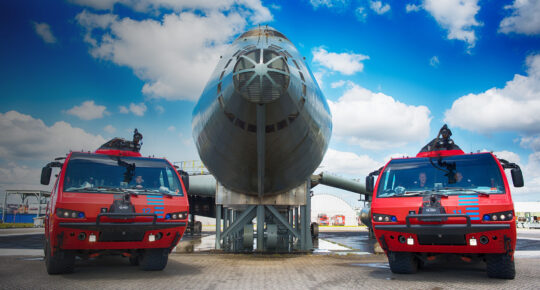 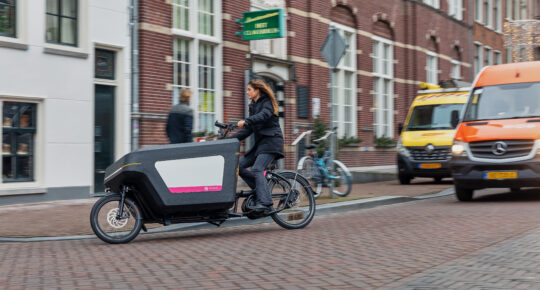 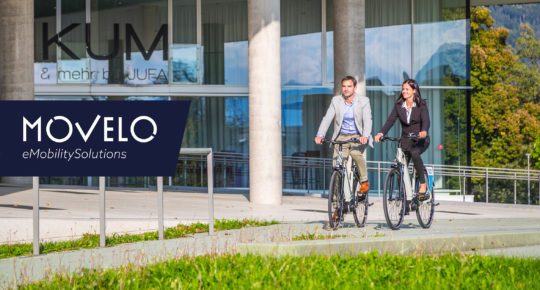 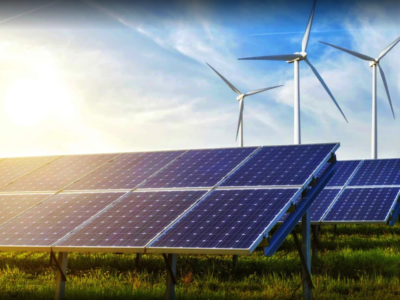 After founding bol.com in 1999 as a young McKinsey consultant, Daniel led bol.com as its CEO to become the by far largest online retailer of the Benelux, with revenues close to 2Bn Euro and growth rates of around 30% by the time he left the company in 2017. After 2 years as CEO of Springer Nature, the leading global research publishing group, Daniel is now acting as a senior advisor, investor, and board member. He is serving numerous clients in the private equity, digital consulting, and corporate space, with focus on digital transformation, digital strategy creation, and organisational implementation.

Peter has been with Booz Allen & Hamilton for over 30 years, most recent as EVP Europe. Peter is a member/chair of various boards: Swapfiets, Eurocaps, Lunchgarden, Prodalim, Ksyos, Vascobelo, Ajax, and is on the advisory board of New York Pizza, IMT, Bregal Freshstream, and Vortex Capital Partners. In non-profit, Peter is active as a board member of Dioraphte, de Balie, and chairman of the Stedelijk Museum Fonds.

Carlo van de Weijer is general manager of the newly founded Eindhoven AI System Institute EAISI at Eindhoven University of Technology. He advises ministries and industries around the world on the future of mobility and is member of the supervisory board of several high-tech companies and start-ups. Furthermore, he is a weekly columnist in the leading Dutch financial newspaper.

Janus started his career with NeSBIC and currently is the CEO of Pon Holdings. Furthermore, Janus is advisor to private equity funds CVC and Gilde Buy Out Fund, board member of RAI vereniging, which is the Dutch Automobile and two wheeler Association, and serves as supervisory board member on the boards of IMCD and the Volkswagen Bank.

Fanja is the President of the supervisory board of Pon Holdings - a Dutch family owned multinational mobility conglomerate - and acts as chairman of the Ponooc Investment Committee. She also serves as a member of the supervisory boards of URUS - a new global player dedicated to serving dairy and beef cattle producers around the globe - and the Club of Rome in Germany.

Studies / Background
I studied Industrial Design Engineering at Delft University of Technology, with a Masters in Strategic Product Design. Few years later I also got my MBA at INSEAD.

Why Ponooc?
Earlier I’ve worked for McKinsey and a fast paced scale-up in the bicycle industry. While I loved both, they both had things I liked that the other didn’t have. At Ponooc I find the best of both worlds: Intellectually challenging and fast paced work in an environment where both ventures and people grow.

Most important Ponooc principle
We are in this together

Skiing or snowboarding?
Proud self taught skier (lots of speed but no elegance whatsoever)

Hobbies or interests?
I am a fanatic DJ and used to perform for large crowds. Absolutely loved it, but it wasn’t sustainable to be a night owl too often. Another thing I like to do is to fully dedicate myself to a (sportive) challenge without any prior experience in it, like doing a full Iron Man triathlon. But it doesn’t always need to be extreme. I really enjoy cooking as well, and having a nice beer(s)/wine(s) with friends.

My worst habit is
I laugh about my own jokes..

Studies / Background
I have my Bachelor in Mechanical Engineering at the TUDelft, with an exchange program of business adaministration at the Erasmus University in Rotterdam. I completed my Master at Mechnical Engineering faculty in Production Engineering & Logistics.

Most important Ponooc principle
We are dedicated and follow through.
Starting is easy. Completing is difficult. I believe that you have to be fully dedicated to be successful.

First job
Restocking in a supermarket since I was 12 years old. But shout out to selling Ice cream on a boat on the lakes, which was the best paid activity ever.

Hobbies or interests?
I’m a big fan of croissants with butter & Hagelslag but I’m passionate about road cycling and like to run for a couple of miles.

My favorite book is
How to win friends and influence people written by Dale Carnegie. I learned more from this book than 4 years of high school.

I live together with?
My wife Wieke and our new roommate: our daughter Lara.

I learn by
Doing. Failing. Doing it again.

If I could put one message on a billboard for millions of people to see, it would be
Everyone has a hidden talent they don’t know, until Tequila.

Why Ponooc?
I love working in venture capital. Working closely with passionate and inspirational founders. Being involved with innovation and new business models. Intellectually stimulating work. And never a dull moment, with highs and lows alternating at breakneck speed!

First job
Picking flower bulbs in the summer vacation to earn my Technics stereo, which led to the start of a DJ business with a highschool friend. We soon learned that only playing Madonna and Michael Jackson songs is not going to make you successful in that business

Skiing or snowboarding?
Hiking. But skiing is not too bad either..

Hobbies or interests?
Reading non-fiction. Playing golf and tennis. Watching / following sports with the exception of swimming, netball and And playing the occasional game of chess, with a good glass of wine

My favorite book is
The art of the good life, by Rolf Dobelli. I usually do not read self-help books. But this little book is well written and full of wisdom. I regularly re-read this book to help me deal with my many shortcomings so that one day, in the distant future, I can say, like a famous Dutch soccer play once said: “before I make a mistake, I don’t make it”

I live together with?
My wife Carolien and our three children Boele, Kate and Noep. And let’s not forget our labradoodle dog Toffee

If I could put one message on a billboard for millions of people to see, it would be
"Life is too short to drink bad wine"

Studies / Background
I hold a BSc in Econometrics from Maastricht university with an exchange at NTU Singapore and a MSc in computer science from TU Delft, during which I studied philosophy and entrepreneurship at Melbourne University for one semester.
Before joining Ponooc, I worked at Google’s Cloud division in Dublin and interned at NBI Investors.

Why Ponooc?
Because I strongly believe that great companies and sustainable companies are not mutually exclusive concepts. Working with amazing founders that share this conviction and helping them build companies that lead the sustainable economy of the future challenges and excites me.

Most important Ponooc principle
“We challenge our opinions” - at Ponooc we have strong ideas about how things will work out, but we are not afraid to put these ideas to the test and be proved wrong. I like to believe that this is how I approach life in general.

I learn by
Reading, trial, and error

Skiing or snowboarding?
Snowboarding and surfing when the slopes are green

My favorite book is
‘On the shortness of life’ by Seneca, which reminds me that the most valuable asset is time.

My worst habit is
Impatience